My Mom says she named me Amy because it means ‘beloved.’

“I could’ve named you Laura,” she says. “Would you’ve liked that better? Laura?” Her arms rest slightly crossed, one hand holding the pipe in the air like a magic wand she might presto over my head at any moment. She‘s high enough to take the question seriously as if she’s still the 19-year-old girl long ago, holding names up to a theoretical baby.

I shake my head no, but secretly mull it over. “I’m no Laura,” I snort. There’s a Laura in my class, and she has a mole on her chin. The last thing I need is an association with a mole. “But I’m not really an Amy, either,” I amend. Amy is a cheerleader. A lively, popular girl who curls her hair and wears make up. An Amy makes straight A’s and is every teacher’s favorite.

I was a teacher’s favorite once. Mr. Sanger, the Geography teacher. I could tell he liked me well enough. At the end of the semester, he pulled me aside and peered into my eyes. “Amy, Amy, Amy. You carry the weight of the world on your shoulders.” He’s really impressed with me, I thought, leaving 9th grade flattered Mr. Sanger named me a being heroically burdened by the plight of humanity.

“No?” she tsks. “I think it’s beautiful.” She tilts her head and frowns, sighing at her construction of this beauty. This potent meaning she’s bestowed upon me.

I always wanted a name like Samantha or Alexandria. A feminine name easily cut down to strident, masculine syllables. Sam. Alex. A name separating me from all the Amy’s and Laura’s. Something tough and possibly androgynous. Sam handles shit. Alex kicks ass and makes edgy, volatile art.

I want all my soft parts safely contained beneath the bravado of dude names ending with consonants. My pretty lady name only said aloud in moments of anger or passion.

“Beloved,” my mom murmurs. Her voice is a soft sing-song medley of pot and nostalgia. “Because you are beloved. I wanted you when no one else did.”

I sit at her feet and choose to ignore the accusation lacing her words. I don’t want to interrupt her reverie. I may not like the name Amy, but when she tells my origin story this way, I almost believe it. Perhaps I am beloved and just don’t know it. She put thought into it, after all. Picked it out just for me.

So I ignore her jab. Instead, I picture my mother young and expectant, funneling a culmination of hopes and dreams onto a vision of a child she will surely love.  She isn’t yet bitter or disappointed by this child. Her guts aren’t churning with anger. She hasn’t yet lost control of her temper or slipped into depressions so deep no one can wake her. There is still a fertile future ahead, an abundant world full of beloved possibility. 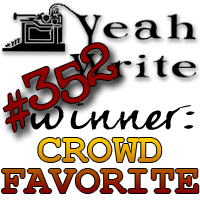 Amy Bee regularly writes for the Sacramento News & Review and her work has appeared in Salon, NANO Fiction, Indiana Voice Journal, and The Manifest-Station. When she isn’t writing, Amy likes to backpack long distances and marinate in her constantly nagging existential worries. Find her worries at www.lionbythetail.com and her backpacking at www.mountainsforbreakfast.com View all posts by Amy Bee

There was an error retrieving images from Instagram. An attempt will be remade in a few minutes.